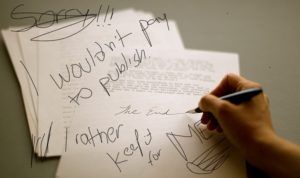 Open Access  Sources and Journal  first appear as an alternative  to standard or traditional sources that were viewed as costly, , selective and restricted to minorities or under privileged groups. The idea behind the creation of these sources was to promote the diffusion at lower cost to knowledge worldwide. Unfortunately,  observed some advocates of open sources, they are  still fighting against resistances widely spread about their  supposed cost and affordability.

For Peter Suber, Open Access to academic research is still a ‘hot’ topic that is unfortunately held back by people who should know it better. He identifies 6 main myths that need to be overcome in order to fully understand and then make good use of open access journals

The first stereotype is that ‘‘the only way to provide open access to peer-reviewed journal articles is to publish in open access journals’’. Beneath this myth, according to Suber, is  the misunderstanding of the  term journal  itself.  At this point, the difference between gold (from source journal or publisher) and green access (from repository or institutional website) seems to play a major role.

The second myth is that ‘all or most Open Access Journals charge publication fees’ whereas facts, from  2006 -2012, are that more than 67% of OAJ are free while at the same time about 75% of  conventional non open journal actually charge fees. Consequently, it’s become clear that publishing in open access would be less expansive than doing so in a non-conventional journals.

The third myth asserts that ‘most author-side fees are paid by the authors themselves’, whereas  they are paid by funders (54% )or by universities (27%).  Moreover, it is only 12%  of that author fees that are actually paid out of author pocket.

The fourth  myth, establishes that ‘publishing in a conventional journal closes the door on making the same work open access’. At this stage, he underlines the point  that authors  might ask for addendum (a proposed contract modification which the publisher might or might not accept). Furthermore,  there is still the option of  ‘rights-retention policies’  on the side of faculty at the university level. These rights  ”assure that faculty may make their work open access even when they publish in a non-open access journal, even when the non-open access journal does not give standing permission for green open access, and even when faculty members have not negotiated special access terms or permissions with their publishers”

The fifth most recurring myth is related to the quality of  Open Access Journals . In that vein, it is commonly believed that ‘Open Access Journals are intrinsically low in quality’. That belief is proven to be false by Marie E. McVeigh. Indeed, in an article written in 2004, in the Thomson scientific, she reveals that “there was at least one open access title that ranked at or near the top of its field in citation impact”.

The six myth lays on the assumption that ‘Open Access mandates infringe academic freedom’. This myth is completely irrelevant according to Suber, because only ‘one-third of peer-reviewed journals are open access, requiring researchers to submit new work to Open Access Journals would severely limit their freedom to submit work to the journals of their choice’

Built with WordPress Protected by Akismet Powered by CUNY